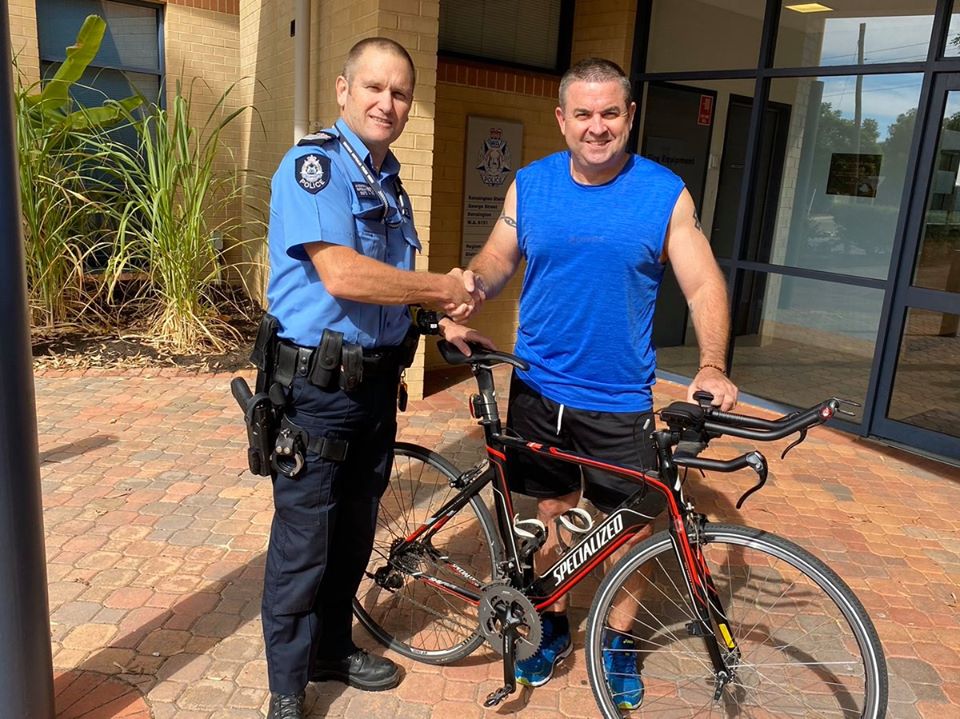 A property officer at Kensington Police Station entered the serial number of a stolen bike at the station and got a ‘ping’ in Bikelinc because the bike’s serial number had a status of ‘stolen’.

Little did this officer know, but the bike belonged to the Officer in Charge at Gosnells Police Station, S/Sgt Craig Stephen, whose bike had been stolen in Nov 2019.  S/Sgt Stephen was happily reunited with his bike at Kensington Station, courtesy of S/Sgt Frank Anderson.

Create your own profile now

Connect to protect your bike and link it to police and your community.

find out more
Back to Top